Here we bring up a framework about tools, arising from a decade or so of experimentation. It has three phases: trinity, stack and 'specials'.

We begin by starting well back from tools, with the practice - with the *organising*. The tools have to serve the practice. We can't afford to fetishise the tools. Tools for peer-to-peer collaboration and coproduction

However, we believe that we also must *infrastructure* our practice - make material provision for other times and other locations - to give it legs and to give it scope.

We propose a framework with three phases to it. 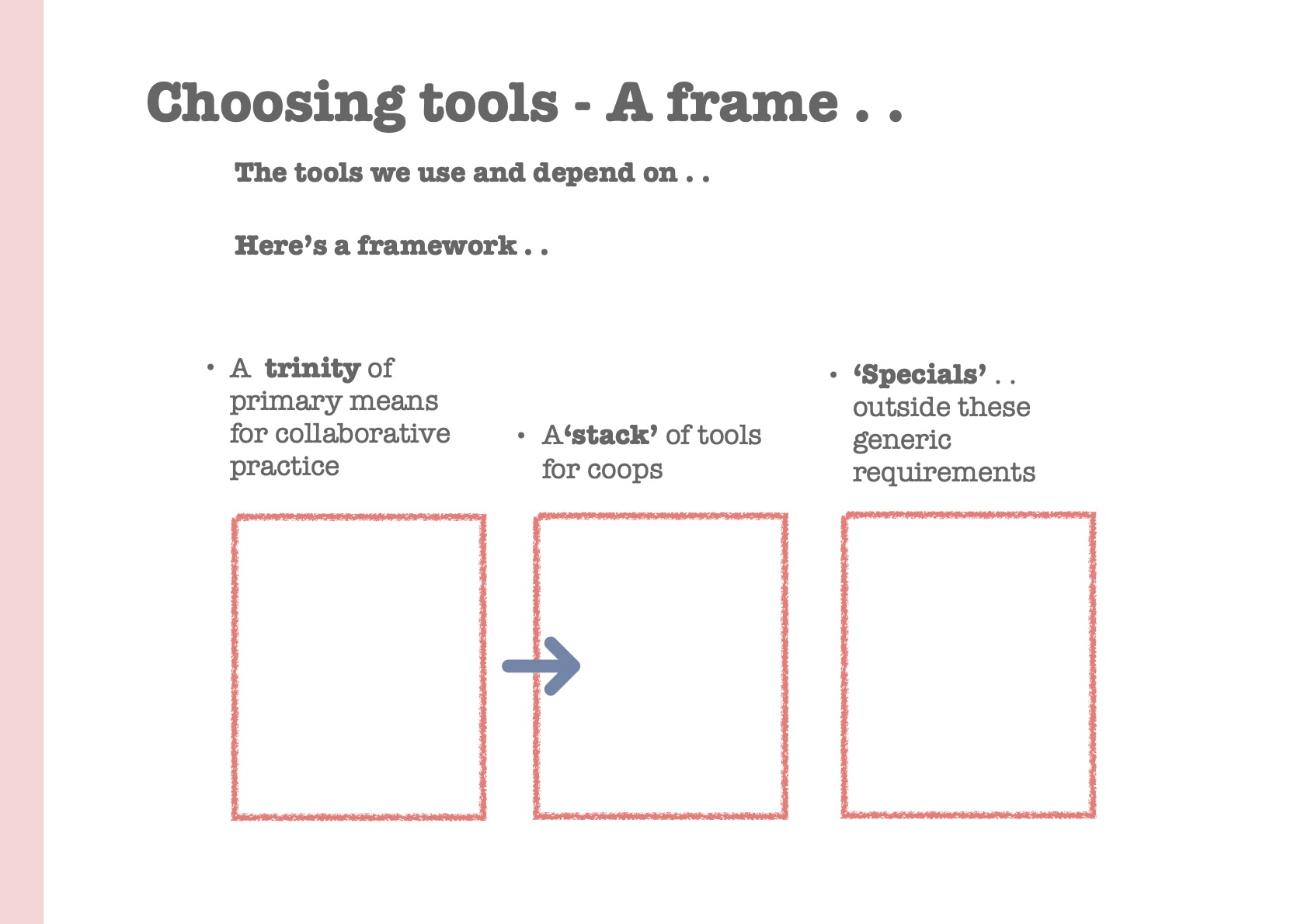 Basically, the trinity is part of the stack but it has a primary importance, which is why it's got a separate name. There are three elements in the trinity - surprise surprise. There are five in the stack. And then it seems to me necessary also to identify things that I’ve called

- Specials, which are not part of the stack, they're not sufficiently generic.

> Something not dealt with in a general way, in all collaborations or communities. Means of **concrete engagement and perception**, rather than generic means of coordination.

But there may still be generic approaches to that kind of practical engagement and that kind of tool infrastructure - protocols, generic affordances. So 'specials' are generic classes of tools too.

--- > This original frame of Trinity|Stack|Specials can usefully be evolved, with some elements of the Stack and Specials promoted to an Extended trinity. > An extended slide deck is here pdf