Here we tweak the 'trinity/stack/specials' frame. On one hand, things have evolved since that frame was assembled (2019). On the other, some of the 'more specialised' tools seem to warrant being promoted to the top level of 'basic' tools. See also Trinity.

> There's an extended version of the 'learning space' slide deck, covering this page and the 'extended trinity', here pdf 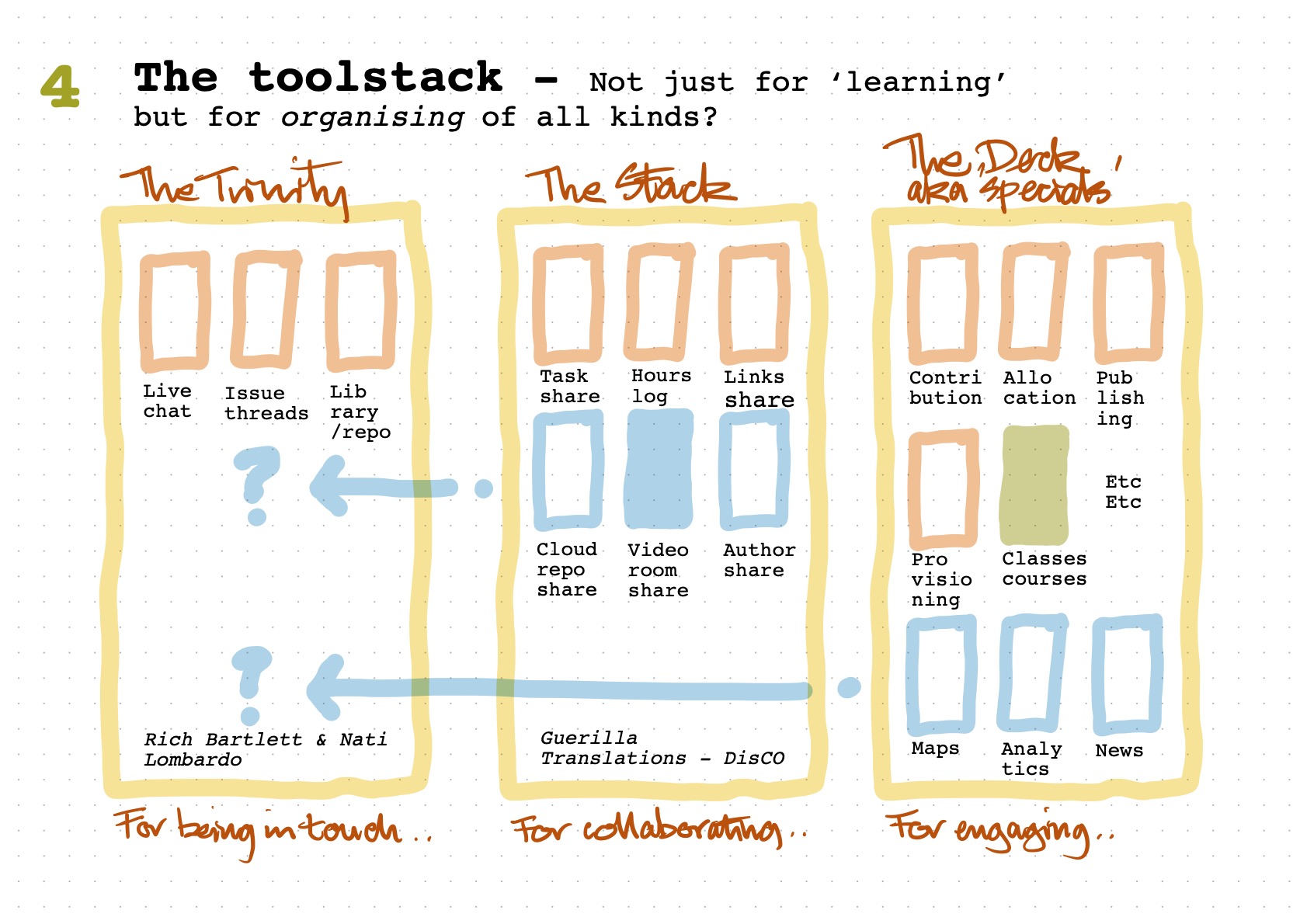 Promoting some elements, extending the trinity

# Video rooms First, text-chat continues to be in the mix, but video rooms have become an everyday ‘chat’ expectation. So they join text-chat, in an extended trinity.

>The library/repo function in the original trinity (eg a wiki, a web portal, a shared list of links) might also be fulfilled tacitly by disciplined use of ‘cloud’ options in the extended trinity: ie authorship-sharing (eg HackMD), cloud-store file-sharing (eg NextCloud). It doesn't have to be a dedicated repo-tool like wiki or git.

# Shared cloud Second, shared-simultaneous authoring of documents and a shared cloud store of documents, which were originally in the Stack, warrant being promoted to the extended trinity, as basic means of collaborating. The usage and availability of both kinds of tools has deepened since the trinity was first proposed.

# 'Specials' promoted Third, some more specialised or rare mapping and navigating functions - originally these were 'specials' - seem now to warrant being promoted to the extended trinity - even if the availability of good tools isn't so widespread yet, or the skills required to use them fluently are not so widespread either. Mapping & navigating trio 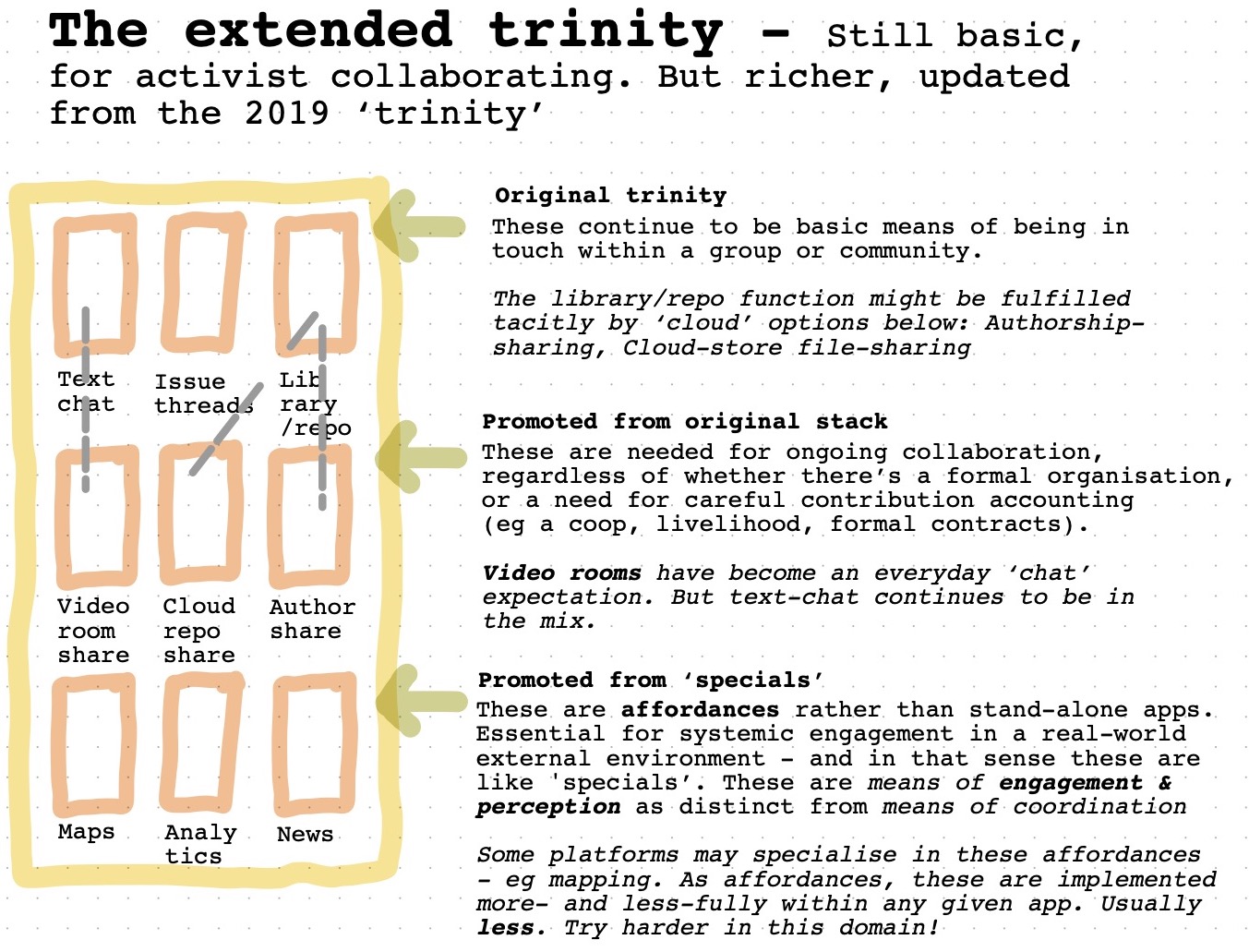